January 08, 2019
I would love to say that my transition to Carnivore came with no problems. That was not the case though. I had two things that started to cause me problems after being Carnivore for a month: coffee and alcohol. Now, some people may take issue and say, "Matthew, if you are having coffee and alcohol then you are not eating true Carnivore." I would say that they are correct and that was my mistake. I love coffee and I enjoy having a drink or two at the end of a stressful week to unwind. I thought allowing myself to continue to have these things wouldn't be a problem. That turned out to not be the case. 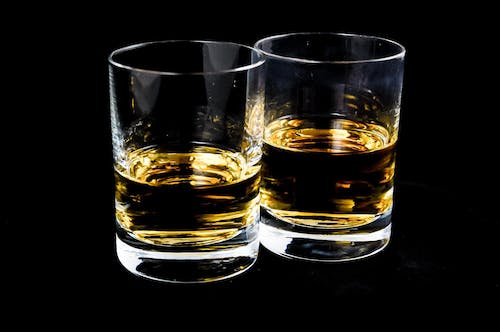 Now, the strictest definition of the Carnivore diet does not allow for alcohol and I believe that is wise. On the flip side, many people who eat a Carnivore diet don't make a religion out of it and allow themselves to enjoy things outside of the strict definition of Carnivore. We are all searching for what best fits our goals and desires. I thought that allowing myself to continue to have some bourbon on occasion wouldn't cause me any problems.

It turns out that your palate changes while eating Carnivore. I was initially skeptical that I could be happy eating just meat, eggs, and limited dairy. It turns out that I look forward to every meal. What I didn't realize was that this palate change meant that I no longer enjoyed the taste of alcohol. I was stunned that after eating Carnivore for 6 weeks that I did not like the taste of bourbon anymore. This blew me away because up to this point I drank bourbon regularly. Honestly, it was an unhealthy amount but I was afraid of giving up this emotional crutch.

It turns out that by switching to a Carnivore diet, my desire for alcohol almost completely disappeared. It's not all gone but if I have a sip of bourbon, even a bourbon I used to like, I just don't find it appealing anymore. It was a bizarre experience. I am not sure how often this change in palate happens to those who go Carnivore but I felt like people should know it is a possibility. Honestly, I am happy about it. I had wanted to quite drinking but social pressures made me feel like I had to have something to fit in. Now, I don't even like to drink. It is as if something just turned off in my head.

I don't know how many other cases there have been of people who no longer wanted to drink alcohol on Carnivore. I am guessing this is not an isolated incident so I felt it was worth mentioning to people considering going Carnivore. It is absolutely worth it though. I sleep better and I feel better. I hated that I would use it as an emotional crutch and I am happy that by eating healthier my desire for it is gone. 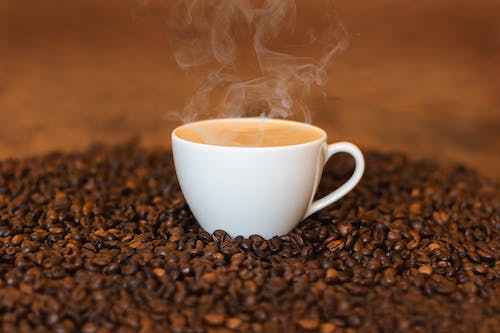 This is the dangerous one but I feel that it warrants mentioning. Again, a strict definition of Carnivore excludes coffee. Many people can continue to consume it and experience no negative side effects. We are all searching for what best works for us. I am just communicating what I experienced when I transitioned to Carnivore.

I used to drink on average of 6+ cups of coffee a day. I know, that is terrible. I did it so that I felt awake and alert. My diet wasn't ideal so I was abusing coffee to try to stay alert and focused. I felt that to do my job well I had to be awake, alert, and focused all the time and I had fooled myself into thinking that drinking this much coffee was okay. I was in denial, I admit that. I was addicted to coffee as a drug.

When I switched to Carnivore my coffee consumption dropped to between 3 and 4 cups a day. I thought that I was doing better and honestly I was. By eating healthier my energy levels started to stabilize. After a few weeks though I noticed that I started to have a harder time falling asleep at night. I also noticed that I started to have heartburn in the evening when I went to bed. I was frustrated because I had read so many reports about Carnivore improving IBS and digestion. What the heck was going on?

Eventually I made my way to the ZeroCarb Reddit and asked for input on what people thought my problem may be. It was recommended that I try cutting out the coffee. I didn't like that idea because I was still addicted to coffee and wanted to keep using it. After another week or two of this indigestion in the evening though and I decided to give up the coffee. I purchased some L-Tyrosine to supplement with because I had heard that Amber O'Hearn had used it to quite coffee for a time. I successfully stopped using coffee for several days with no ill side effects and my indigestion cleared up. I also started sleeping better.

It turns out that I became much more sensitive to the effects of coffee when I went on Carnivore. I think people should know this is a possibility. It caused me immense frustration because I wanted the health benefits of Carnivore but I wanted to keep abusing coffee as a stimulant drug. My relationship with coffee was unhealthy and this change of diet was forcing me to deal with it. I would love to say I am off it completely but instead I am down to one cup first thing in the morning. I recognize now that I have been using it as a drug and really it was controlling me. I have plenty of energy now that my diet is better. I'll report back in once I have been off of coffee completely for a few weeks to give an update.

I want to point out, there are plenty of people who eat Carnivore and continue to drink coffee. I think this is great. I happen to be someone for whom Carnivore and coffee do not mix well. I would rather go through the pain of giving up coffee and getting the health benefits of better sleep though. I think anyone who experiences the dramatic health improvements from Carnivore will agree with me. I just want people to know that this may happen and if it does, I encourage you to take the step of letting go of coffee and embracing health.

Popular posts from this blog

January 16, 2019
I am wanting to share how a Carnivore diet has helped me in my struggle with addictions. This post is going to cover some sensitive subjects. First off, I want to say it is not my intention to offend anyone. I want to offer a frank and authentic view of what it can be like to struggle with addiction. I am by no means an expert on the subject, all I have is my own experience. I wanted to provide this as a way for people to see how changes in a diet can dramatically affect their mind. We all know that what we ingest can affect our mental state. It’s why you can’t drink and drive. We know that alcohol has a profound affect on how the mind processes information. It’s why we have coffee when we feel foggy. It’s why you have soothing tea when you are on edge. We know that we can change our mental state with what we ingest. Why then do we not look to diet as a means in aiding the healing from addiction? The Seeds of Addiction I will not pretend to be an expert on the science
19 comments
Read more

My Journey to Carnivore

January 03, 2019
I wanted to layout my journey of health as an encouragement for other people considering the Carnivore way of eating. This first post is just a description of my health and fitness leading up to my transition to a Carnivore way of eating. I'm guessing there will be other people who identify with my story. I grew up in a house where we learned to comfort ourselves with food. Whenever we felt bad, we ate. Whenever we celebrated, we ate. Food was always at the center of any family gatherings. As an emotional kid I tended to eat a lot to make myself feel better. I remember pigging out at buffets. The thought makes me sick now but the reality is that I just wanted to feel better and food was the only thing that made me happy. I never remember ever being a fit kid. Many people talk about being really active and fit as a teenager and it was in their twenty's and thirty's that they put on weight. I was fat since I was 5 years old. The situation only got worse as I continued to
4 comments
Read more